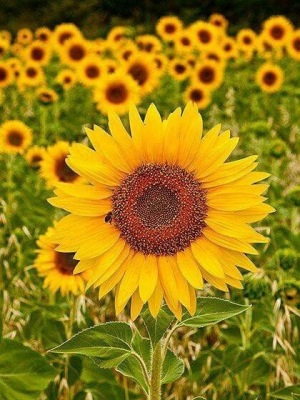 Neva was born April 10, 1929 in Laclede County, Missouri, daughter of Ellis and Lula Bell Armstrong.  She was preceded in death by her mother and father, one brother and two sisters.  Also preceding her in death were her daughter Beverly M. Holbrook, her great-grandson Joshua Marlin Hall and her husband of sixty-nine years, Rev. Marlin L. Starnes.

Neva met the Lord when she was ten years old at Antioch Baptist Church in Laclede County, Missouri.  Three years later she met her husband, Marlin, and they were married when she was sixteen.

Nan’s passion was pre-school children.  She taught pre-school classes in all of the churches where she and Bro. Starnes ministered. She operated a daycare at Emmanuel Baptist Church.  She also worked for the Alaska Baptist Convention and the Home Mission Board of the Southern Baptist Convention, putting on pre-school training workshops.

Nan is survived by her grandchildren Tammy and Mike Cupp of Laurel Fork, Virginia; Jimmy and Maria Holbrook of Lyerly, Georgia, Shane Holbrook and Stacie of Hillsboro, Missouri and Elizabeth Holbrook of Austin, Texas; also surviving: her great-granddaughter Alissa Cruz and great-great-granddaughters Analia and Rory Cruz and her son-in-law Lebron and Helen Holbrook of Fredericktown Missouri.

Nan didn’t want a funeral and asked that she be buried as soon as possible.  She asked that a memorial service be held at a later date with “lots of singing and a meal.”  The family plans to hold a memorial service on Nan’s birthday, April 10, 2021 at Pleasant Grove Baptist Church at Cloudland.

The family would like to say a special thanks to Opal Deering and all the staff at Oakview Nursing and Rehabilitation, especially the G-Hall staff, who took such loving care of Nan, and to Henry Mason and Mason’s Funeral Home who handled the arrangements.

To send flowers to the family or plant a tree in memory of Mrs. Neva Isabell (Armstrong) Starnes, please visit our floral store.

You can still show your support by sending flowers directly to the family, or by planting a memorial tree in the memory of Mrs. Neva Isabell (Armstrong) Starnes