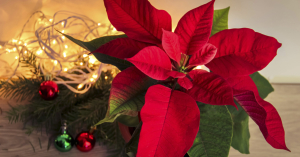 Isabelle B. Moody, 99, passed away peacefully at her Cloudland, GA, home on Sunday, December 20, 2020. Mrs. Moody was born and raised in New York City before moving to Miami, Florida in the 1940s, where she met and married her first husband, Ernest J. Smith in 1949. Both of their daughters attended Valley View Ranch Equestrian Camp for girls, which is when the family was introduced to Lookout Mountain and the Cloudland area. After her husband’s death in 1968, Mrs. Moody purchased 6 acres on the East Brow in Cloudland from Mr. Jack Jones and built her first home there, a vacation cabin. She returned to work as a medical office administrator for a family physician, and later went on to found her own business as a corporate consultant.

When she remarried in 1991, Mrs. Moody and her second husband, C. Osment (Oz) Moody, began spending half of each year at his home in Key Largo, FL, and the other half in Cloudland. In 1993, the couple decided to make Cloudland their permanent residence, and purchased a new home, also on the East Brow, where Mrs. Moody continued to live after her husband passed away in 2013. She was joined on the mountain by her younger daughter, who oversaw her care and enabled her to remain in the home and community she loved so much until her death.

How does a Manhattan debutante end up in the quiet country life of Lookout Mountain? Isabelle Moody lived a remarkable life, filled with travel and many adventures. She loved the ocean, was an avid swimmer, boater and deep sea fisher. Music was a major part of her life, and she was an accomplished pianist, still playing the piano her grandparents gave her when she was 9 years old, well into her 90s. A lover of the English language, she insisted upon proper grammar and punctuation and was named “Grammar Queen” by her children. Isabelle enjoyed reading and working daily crossword puzzles in ink. She embraced technology and was the first in her family to own a computer, continuing to advance her tech knowledge well into her 90s with the help of her granddaughter. Isabelle raised orchids for more than 50 years, as well as parakeets, parrots and many dogs and cats. She loved all God’s creations and was a devout Episcopalian all her life. She delighted in her loving family and made an impact on many friends around the world with her elegance, class, intelligence and optimism.

Funeral services for Mrs. Moody will be held privately with interment in the St. Joseph’s On-the-Mountain Cemetery.

To send flowers to the family or plant a tree in memory of Mrs. Isabelle Bradley Moody, please visit our floral store.

You can still show your support by sending flowers directly to the family, or by planting a memorial tree in the memory of Mrs. Isabelle Bradley Moody
Share a memory
© 2021 Mason Funeral Home GA. All Rights Reserved. Funeral Home website by CFS & TA | Terms of Use | Privacy Policy