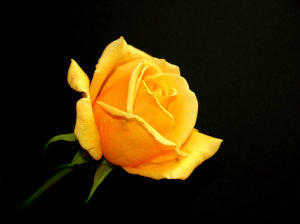 Ms. Cline was born February 23, 1939, in Calhoun, GA, daughter of the late Robert Olen and Verna Mae Pendley Cline.  She was Baptist by faith, and prior to her retirement, was employed with the Chattooga County and Trion City School Systems.

Early on, she was a devoted mother to four daughters, coaching ball teams and leading their Girl Scout Troops.  Her hobbies included collecting antiques, basket weaving, and gardening.  Ms. Cline loved traveling and toured Europe and all throughout the United States numerous times.  She later doted on her grandchildren and loved tending to her flowers and courtyard.  She became a loyal member of the Chattooga County Senior Center and enjoyed participating in the Silver Sneakers and playing Rook with friends.

In addition to her parents, Ms. Cline was preceded in death by her daughter, Angela Eller; a sister, Sue Holbert; and brother, Charles Cline.

Funeral services will be held at 2:00 P.M. Sunday, September 4, 2022, from the Mason Funeral Home Chapel with Eulogist Phil Williams officiating.  Interment will follow in West Hill Cemetery.  Active pallbearers will be Charlie Lumpkin, John Voight, Jarrod Broome, Logan Broome, Rhett Tucker, and Grayson Justice.  Honorary pallbearers will be the Members of the Chattooga Senior Center and the ladies from her card parties.

Ms. Cline will be in state at Mason Funeral Home and the family will receive friends from 12:00 Noon until the hour of service on Sunday.

To send flowers to the family or plant a tree in memory of Mrs. Barbara Jean Cline, please visit our floral store.

A Memorial Tree was planted for Mrs. Barbara

Join in honoring their life - plant a memorial tree