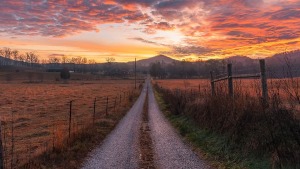 Mr. Williams was born May 6, 1943, son of the late Judson Deforest and Monteal Dooley Williams.  He was retired from Union Pacific Railroad and chaired the U.T.U. Union.  Mr. Williams was a member of Lakeside Baptist Church in Granbury, TX and had attended Judson Baptist Church in Kansas City, KS for many years.  He also enjoyed pheasant hunting.  Mr. Williams was an entrepreneur who owned a grocery store, a game center, and was a game provider in Northwest Georgia.  He loved family gatherings and helped organize the annual Dooley Family and Friends Reunion, a tradition he hoped to leave to future generations.

In addition to his parents, Mr. Williams is preceded in death by a sister, Tressie Estus, several beloved aunts and uncles, and a brother-in-law, Jerry Smallan.

Mr. Williams will be in state at Mason Funeral Home and the family will receive friends from 10:00 A.M. (E.S.T.) until the hour of service on Saturday.

To send flowers to the family or plant a tree in memory of Mr. Judson "Jud" Lee Williams, please visit our floral store.