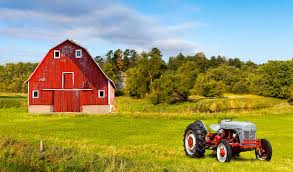 Mr. Tudor was born June 19, 1942, in Summerville, GA, son of the late Vergil Milton and Mattie Sue Grigsby Tudor.  He was a member of Lyerly United Methodist Church, and prior to his retirement, was employed with Inland Container where he was a member of the Local Union 414.  Mr. Tudor had served with the Chattooga Athletic Boosters, was former director with the Lyerly Recreation Department where he also coached locally.  He also helped establish the Angus McLeod Park in Lyerly.

In addition to his parents, Mr. Tudor was preceded in death by his brother, Melvin Glenn Tudor; and a granddaughter, Jessica Elizabeth “Jessie” Tudor.

Graveside and Interment services to celebrate the life of Mr. Tudor will be held at 11:00 am Saturday- November 7, 2020 at Lyerly cemetery with Rev. Marshall Bryan officiating.

Family visitation will be private.

The Tudor family along with the staff of Mason Funeral Home remind anyone in attendance to keep in mind the current guidelines and restrictions set forth by the C.D.C. as it pertains to social gatherings including social distancing, social gathering limits, and face masks.

To send flowers to the family or plant a tree in memory of Mr. Charles Milton Tudor, please visit our floral store.