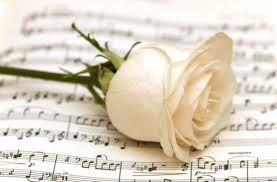 Mrs. Dodd was born June 17, 1934, in Cherokee County, AL, daughter of the late Paul and Minnie Baker Tucker.  She was a homemaker and a member of the Lyerly Pentecostal Tabernacle.  In addition to her parents, Mrs. Dodd was preceded in death by her husband, William “Bill” Dodd; a brother, Thomas Tucker; and a grandson, Bradley Jones.

Funeral services for Mrs. Dodd will be held at 2:00 P.M. Thursday, September 12, 2019, from the Mason Funeral Home Chapel with Rev. Mark Green officiating.  Interment will follow in Greenhills Memory Gardens.  Active pallbearers will be grandsons and include Quinton Jones, Tommy Minard, Landon Jones, Matthew Jones, Kevin Minard, and Alex Jones.  Honorary pallbearers will be the members of Lyerly Pentecostal Tabernacle and the Staff of Oakview Health and Rehabilitation Center.

Mrs. Dodd will be in state at Mason Funeral Home and the family will receive friends from 6:00 until 8:00 P.M. Wednesday.